We have a wide variety of Religious project experience and are almost continuously working on a religious or cultural project at any given time.  We have designed new worship buildings, multi-use facilities, gymnasiums, and other associated recreational and support facilities.  We’ve assisted non-profit organizations with Schematic Design studies, Fundraising & Community Awareness design, Long-range Master Plans, Public Zoning Hearings & Applications, Development Plans, and other similar types of services.  Some of our religious and cultural projects include: 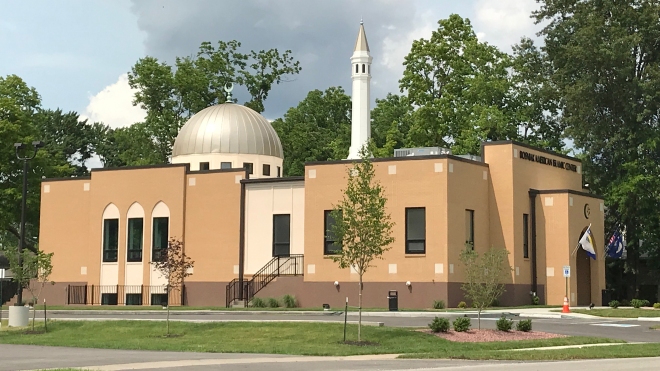 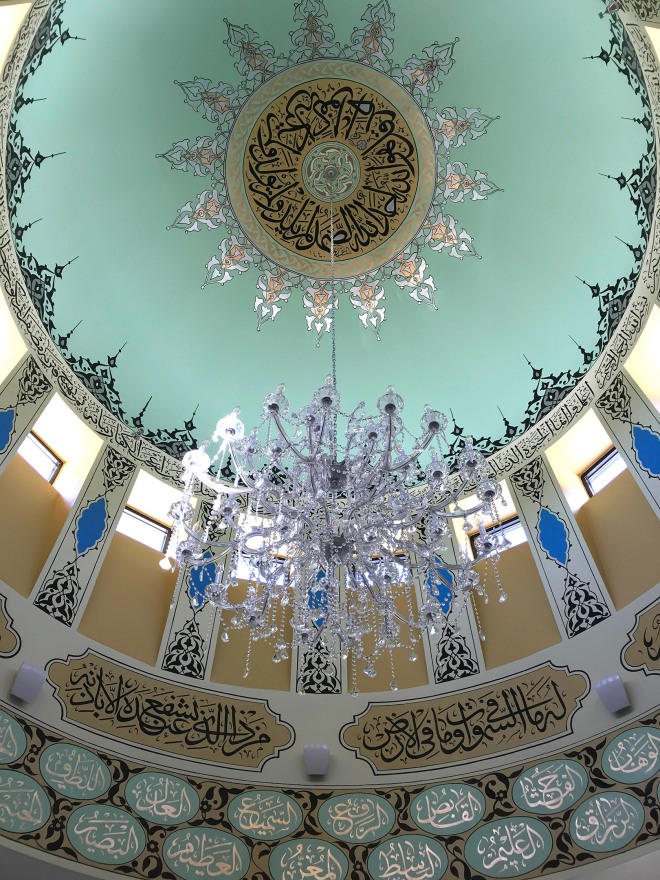 This mosque replaced the existing facility (an old house) on the same property.  It was designed to be 2 levels and much larger than before in addition to being a new mosque that faced the Qibla.  Constructed with considerable help from the Bosnian Community, it was an honor to assist and be part of the project.  The building contains a new prayer hall for 300 persons, lobby, wudu area, restrooms, and a large multipurpose room on the lower level with a warming kitchen. 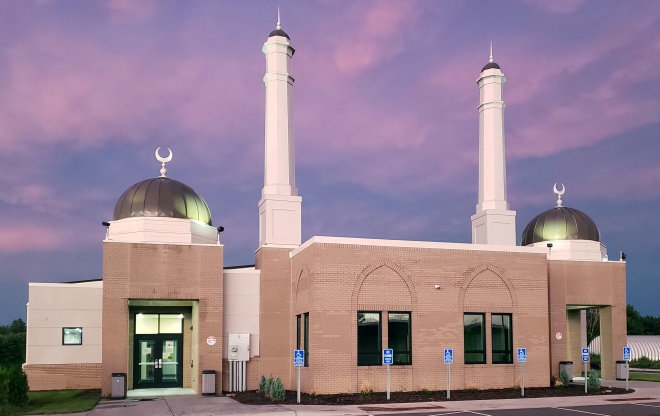 This new multi-purpose mosque was constructed to serve as the hub of a multi-phase Master Plan.  It functions as both a Prayer Space and Banquet Hall on a large piece of property in one of the Easternmost portions of the Twin Cities.  It contains a large parking lot, multiple entries, custom wudu & restrooms, classrooms, a catering kitchen (with serving window) and a smaller prayer space for daily usage. (The photos were taken while construction was nearing completion and we hope to update these with better views).

This project was formerly known as the “Islamic Society of Woodbory – East Metro”.

The Islamic Center of Murfreesboro had been overcrowded for many years and this new Multi-Purpose Facility was designed to accommodate allow their community to expand as well hold a variety of banquets, dinners, and community functions.  The Master Plan was also redesigned from a prior layout to strategically arrange for future phases that include an Islamic School, larger (dedicated) Mosque, and Recreational Facility.

The ICWC sought to construct a new Mosque & Multi-Purpose Room near an existing park and flood plan.  This zoning application and schematic design project succeed at accommodating these functions on a challenging site.  Ultimately this project was abandoned due to increasing construction cost and turn-lane requirements.  We later assisted the ICWC with the adaptive reuse of an existing building to accommodate the community.

The ISGD already had a downtown facility but was looking to expand and create another facility in the suburbs where many members lived.  Located on 15 rural acres, this new Islamic Center has large prayer space, a multi-purpose hall, and a full-size gym along with outdoor recreational facilities for soccer & exercising.  We assisted with conceptual design, Master Planning, Zoning applications, and subsequent Building Design & Construction.  While occupied and in use, parts of this project are still under construction. 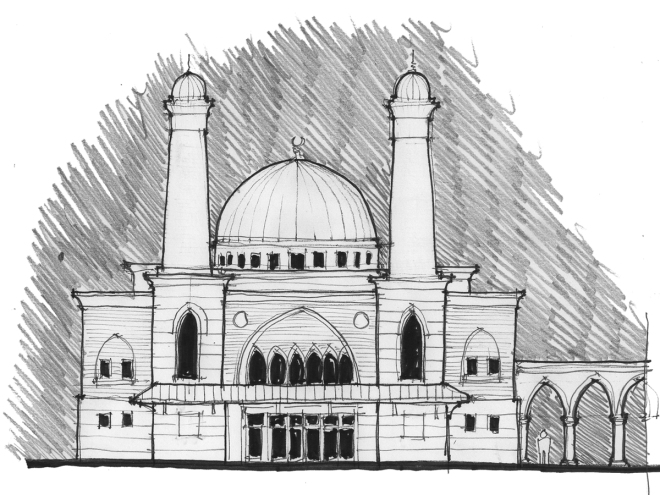 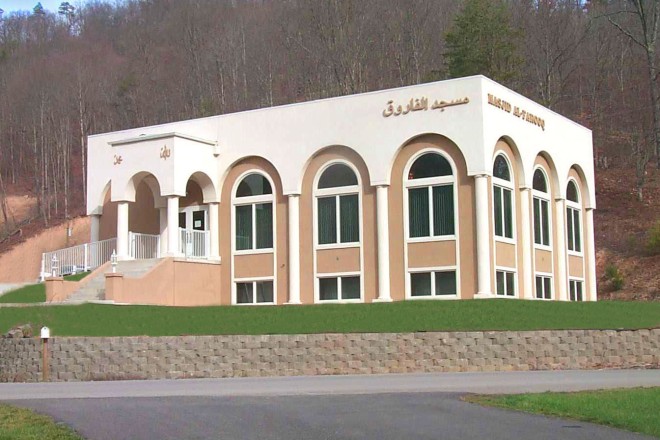